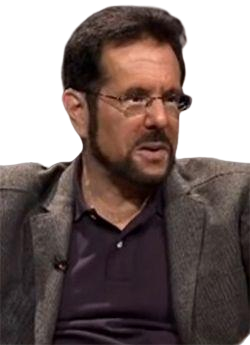 Young developed the conceptual model of Schema Therapy with a focus on individual therapy (Young, 1990; Young, et al., 2003). Farrell & Shaw (1994, 2012, 2014) developed a group model, initially focused on treating borderline personality disorder (BPD). They carefully addressed the need for experiential interventions to fill gaps in emotional learning and provide corrective temotional experiences related to attachment and emotional regulation. Like Young they used a limited reparenting therapist style expanded to meet the group’s needs including limited corrective re-family experiences. This model is recognized as a group version of Schema Therapy. Recently, adaptations of ST for children and adolescents (Loose, Graf and Zarbock 2013 and Romanova, Galimzyanova & Kasyanik, 2014) and couples (Simone-DiFranscesco, Roediger, and Stevens, 2015) have been developed.

Schema therapy is particularly well-suited for difficult, resistant clients with entrenched, chronic psychological disorders, including personality disorders (such as BPD and narcissism), eating disorders, intractable relationship problems, and criminal offenders. It is also effective for relapse prevention in depression, anxiety, and substance abuse. The results of a major comparative outcome study have shown schema therapy to be highly effective with a large percentage of outpatients with Borderline Personality Disorder, with a low dropout rate (Giessen-Bloo, et al., 2006); (Nadort, et al., 2009). Clients who have spent years gaining valuable insight with psychodynamic treatments, but who are frustrated by their lack of progress, often respond well to the active, systematic, flexible, and depth-oriented schema approach.

ST is consistent with the research of attachment theory, developmental psychology (e.g. Bowlby’s Attachment Theory, summarized Cassidy & Shaver, 1999) and interpersonal neurobiology (Siegel, D., 1999). One of the unique aspects of ST is its full integration of experiential, cognitive, and behavioral pattern breaking interventions to accomplish the goals of treatment. All three types of intervention are necessary for adherence to the ST model.

The large positive treatment effect sizes for both individual, group and combination ST described below are likely due, in part, to this integrative approach that facilitates improved functioning as well as reduced symptoms, and accomplishes long lasting personality change.

The Empirical Validation of Schema Therapy

Member Subscription is $27.95 per month.

(BONUS: Bring a new member into the Community, and we will give you 1 month FREE!)

This website uses cookies to improve your experience while you navigate through the website. Out of these cookies, the cookies that are categorized as necessary are stored on your browser as they are essential for the working of basic functionalities of the website. We also use third-party cookies that help us analyze and understand how you use this website. These cookies will be stored in your browser only with your consent. You also have the option to opt-out of these cookies. But opting out of some of these cookies may have an effect on your browsing experience.
Necessary Always Enabled
Necessary cookies are absolutely essential for the website to function properly. This category only includes cookies that ensures basic functionalities and security features of the website. These cookies do not store any personal information.
Non-necessary
Any cookies that may not be particularly necessary for the website to function and is used specifically to collect user personal data via analytics, ads, other embedded contents are termed as non-necessary cookies. It is mandatory to procure user consent prior to running these cookies on your website.
SAVE & ACCEPT